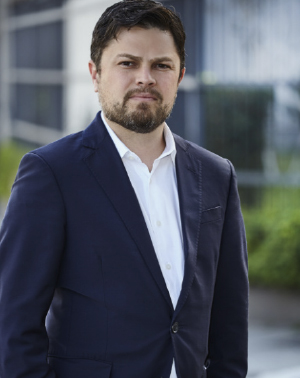 Focused on the civil litigation and restructuring and insolvency areas, Thomaz operates especially in conflict resolution, debt restructuring, negotiation and recovery of assets, in both judicial and extrajudicial recoveries, in addition to bankruptcy proceedings, having actively participated in some of the most important insolvency cases in Brazil.

Thomaz has special familiarity with the agribusiness and regulated markets, like energy, oil and gas, having been mentioned sometimes in the international magazine Chambers & Partners as an ‘Outstanding Lawyer’ in his sector and of award-winning case leads, like the Deal of the Year (Latin Lawyer).

Thomaz is the coordinator of the Bankruptcy Law Commissions of the Brazilian Institute of Business Law and of the Lawyers Institute of São Paulo. In 2018, he was nominated by the previous Ministry of Industry to make up the table of a commission of jurists responsible for the elaboration of a draft law on perfecting insolvency procedures to micro and small companies. The draft law is currently under process in the Senate and is an object of debate on the Micro and Small Business Special Secretariat, under the current coordination of the Ministry of Economy. Nowadays, Thomaz is involved in projects aiming at improving the Bankruptcy and Corporate Recovery Act by forming the Turnaround Management Association (TMA) Legislation Commission, one of Brazil’s most respected organizations on bankruptcy law.